This morning I read this article over on the site “KelloggInsight”: http://insight.kellogg.northwestern.edu/article/better_decisions_through_diversity. It is based on research by Katherine W. Phillips, Katie A. Liljenquist and Margaret A. Neale

The basic conclusion of the research is this: Heterogeneous groups have been found to be more honest and more astute in their group processing, leading to better results.

“Though people often feel more comfortable with others like themselves, homogeneity can hamper the exchange of different ideas and stifle the intellectual workout that stems from disagreements. “Generally speaking, people would prefer to spend time with others who agree with them rather than disagree with them,” Phillips explains. But this unbridled affirmation does not always produce the best results.”

The reality, however, is human dynamics always seem to bend toward homogeneous gravitation.  People are simply much more comfortable with folks who are just like themselves and as a result, we miss out on diversity’s upsides: “new ideas can emerge, individuals can learn from one another, and they may discover the solution to a problem in the process.”

As a member of the cultural majority, I am increasingly surprised at the conceptual 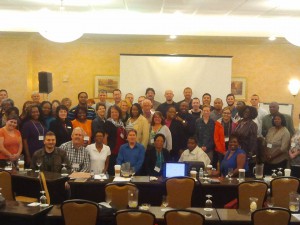 gymnastics my sub-culture will employ to ignore (even oppose) a diversity lifestyle.  Recently I was sitting in a meeting of young men and a few older “mentors.”  The young men were in fact leading a conversation to explore the value of diverse relationships. The conversation had real merit and even explored so important themes.  However, the greatest hinderance to the discussion were a couple of the “mentors” who insisted that their particularly homogeneous contexts were in fact diverse enough. From my observation, it was more important for them to defend their chosen cultural contexts than to even explore another way… the sort of way that this Kellogg article promotes.

I am sure that this diversity-aversion stems from the avoidance of discomfort, awkwardness and misunderstanding.  It is also, most assuredly, fueled by a particularly insidious form of self-love (if I surround myself with people just like me, aren’t I really just valuing “my” qualities and therefore loving myself?)

However, after reading this article, I wonder if part of the problem is our productivity-addiction.  And ironically, Phillip’s concludes that this perception of productivity may be based in illusion and assumption and not necessarily reality:

““When these diverse groups perform well, they don’t recognize their improved performance,” Phillips points out. “When people have visceral feelings and emotions,” she says, “it’s really hard to explain them away as “good” when they are feeling really bad.” Regardless of the outcome, a diverse group’s members will typically feel less confident about their progress largely due to the lack of homogeneity.

Homogeneous groups, on the other hand, were more confident in their decisions, even though they were more often wrong in their conclusions. In non-diverse groups, Phillips says, “often times the disagreements are just squelched so people don’t really talk about the issue. They come out of these groups really confident that everybody agreed when in fact not everybody agreed. There were new ideas and different opinions that never got discussed in the group.””

An orientation toward homogeneity is everywhere.  It seems to be as natural a human gravitation as greed. I wonder how much we are losing from our lack of structural diversity.

Finally, I want to apply this conversation to the church (which you knew I would).  It is no doubt that we, the Christian church, has a credibility and a perception problem. There is very little doubt that our lack of space for those that are “other” (even the many “others” within our own ranks) is a part of that problem. I believe most everyone would cynically nod along with the old thought “the most segregated hour in America is 11am on a Sunday morning.”

I imagine that at Pentecost, in the Ethiopian’s chariot and at Tabitha and Cornelius’s houses, the church was the most shocking and innovative organization in the world.  Shall we hope for that again?