Last night my Facebook page and Twitter feed were full of notes and opinions about a creationism debate between Bill Nye, the Science Guy and a young earth creationist by the name of Ken Ham.  The responses were many and some of them full of bombast.

The event itself took place at the Creation Museum in Kentucky and that reminded me of a story.  For your amusement…

I was hurrying home one evening about a year ago and a Blazers game was pulsing through my radio.  It was the fourth quarter and the 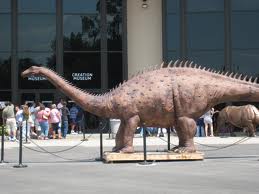 score was close.  I love my Blazers and didn’t want to miss the game’s ending.

Near my home is a neighborhood dive-bar.  It has been a staple of North Portland for decades and has now been mostly taken over, like so many other places, by P-town hipsters.  I ran in to find the place mostly empty and the game playing on the television behind the bar.  I took a stool and while my eyes were fixed on the game, the bartender brought me into a conversation with the bar’s only other passenger, a bohemian thirty-year-old lady a few seats down.

The lady was sort of quintessential Portland.  She had dreadlocks and loose-fitting colorful clothing of natural fibers.  A few minutes after I arrived, she decided to ‘get to know’ me.

“What do you do for a living?” she asked.

“I’m a writer,” I responded.  I have so many things that I do… but in a setting like that, “writer” seems the most accessible and connecting.

“What do you write?” 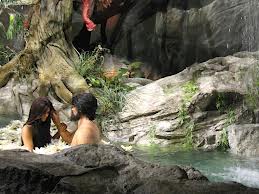 “What kind of books?”

And this is when it starts to get interesting.

“What kind of religious books?”

“I write (and I paused here after each work) Christian… religious… books.”

Her next response could not have surprised me more.

Without missing a beat, she spun on her stool toward me, extended her arms, her eyes went wide and both the tone and cadence of her speech spiked. “I know what your next book is about!”

Her enthusiasm was entertaining and I am always looking for writing ideas.

She contented, “Your next book must be about the Creation Museum in Kentucky.  You’ve heard of it, right?”

I honestly admitted that I had no idea what it was.  I had never heard of the place.

This is where her speech went all melodious as she waxed on and on about this young-earth-creationist museum.  “You can’t believe this place.  It is the most beautiful place in the whole wide world.  The architecture… the grounds… the art… the gardens.  I just don’t know if I have ever witnessed anything like it, nor will I ever see anything like it again.”

I must admit she inspired me. I had no choice but to believer her… and I was even intrigued enough to wish that I could go visit it someday.  But unfortunately, while her thoughts were entertaining, there was simply no book-idea there.  Who wants to read about a beautiful museum?

This is when she stopped cold in the middle of her poetic prose.  She stared at me, looking stern into my eyes with one hand pointing at eye level to insure she had my attention.

I did not see that coming.

For the next fifteen minutes, this stranger explained to me, from her cultural and spiritual perspective, how this museum smacked of nothing but insanity.  It was, to say the least, enlightening.

So that is how I was first introduced to The Creation Museum.  And if any of the curators of that sacred educational center in Kentucky happen to read this… You need to know that you have a big fan out here in pagan Portland.  She thinks your museum is the “most beautiful place in the whole wide world.”