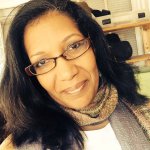 In today’s episode of #OffTheHighway, Lisa Sharon Harper responded to my question, “What are we, society and the church, missing in regards to these important social issues (race, violence, protesting etc.) in our world today?”

Her answer cut to the very root of the problem… It boils down to “Who is regarded as the most human.”  If you haven’t had a chance to hear her full answer, please do so. You will not regret it.

A few weeks ago, I got into another one of those conversations.  I have been in conversations like this one dozens of times before.

The person I was with was reflecting on Michael Brown, Eric Garner, recent protests and the on-going race problems in our country and he said, “The Chinese got their act together after the railroads, the Japanese have been incredibly successful in America after internment camps, I don’t understand why African-Americans can’t just get past it.”

It was not a surprising statement.  Heck, I was raised to believe such things.  Similar thoughts have clawed through my brain and soul.  I paused to explore the roots of this sort of thinking inside me.  What are my core beliefs about my fellow humans?

I explored it aloud with these words, “So you and I agree that there is something different about the African-American story in the U.S.. Correct?”

“And, based on your question, you see there being some root issue uniquely affecting Black Culture?”

“That unique issue it seems to me can either stem from a circumstantial root or an identity root?  Based on the way you asked the question, regarding the Chinese and Japanese stories in America, I am hearing you say that the circumstantial forces are more or less similar in each of those cultural stories… The Chinese story, the Japanese story and the African-American story… Each has experienced some sort of oppression, only with different outcomes.”

He agreed again, but this time more reluctantly.

“So, in the case of African-Americans, if we dismiss the circumstantial narratives of systemic injustice, oppression, control, etc., then we are only left with an identity-level explanation.  In other words there is something that makes blacks in America less than on an identity level.  Less than able to… how did you put it, “just get past it.”  Less than able to rise above their “past.”  And this less-than is something inherent in African-Americans.”

“Isn’t that just a subtle form of Arianism, a belief that one race is ‘more than’ another?  If we dismiss the circumstantial story so out of hand, aren’t we suggesting that Blacks are just less?”

If I default to judgment over understanding, separation over solidarity… isn’t that evidence of my insideous deeper beliefs about my fellow humans?

There is a very good chance that I have completely missed the point.  My saturation in my own social/cultural story has blinded me in so many ways.  In today’s video, Lisa Sharon Harper suggests that the core problem is that we don’t see everyone as equally human… that some are “less than.”

Now, I need to root such violent beliefs out of my own heart.