That first article produced a good bit of diverse and energized response from several points along the ideological spectrum.  I was really thankful (and a bit surprised) by the many honest responses.

It is not surprising to me that discussing a term like “Lost”, from within the religious world, would surface some strong debate.  Around my religious story, “lost” has most often been used as an identity level term.  Identity level terms are terms that define the person at their perceived core.  Other identity terms might include “human”, “mother”, or “theist/atheist”.  For many people terms from one’s nationalism, religion or culture are used in an identity capacity.  And unfortunately in the school yard, every name is wielded with identity-intent:  “idiot”, “crater-face”, “dork”, “nerd”, “fag” and my personal second-grade hell, “toilet-kisser.” (Don’t ask. sigh.)

What makes something “lost”?

Is something lost simply because it is?  Is it a matter of ontological definition that a lost-thing is just the sort of thing that is in fact “lost”?  At its core, the lost-thing is simply displaced, isolated and alone. Lost is in fact an identity.  Is it?

Or what if the nature of lost-ness is not found in the object at all?

In the lost-parables stories of Luke 15, I potentially see some bad marketing.  In my life, most teachers title these three parables:

As I read those stories again though, Jesus does not frame his stories this way.  He begins them like this:

“There is a man among you…”

“There was a woman…”

“There once was a man who had two sons…”

It seems to be that an accurate reader might title these parables:

In other words, LOST may be wrongly used by religious-folk, when used as an identity term (which is ironic when you read Luke 15:1-3).  In Jesus, LOST seems defined by the reality that someone is desperately looking, not as a judgment against the one being sought after. 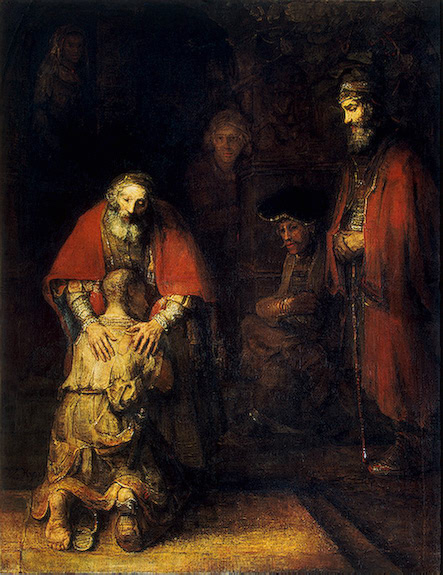