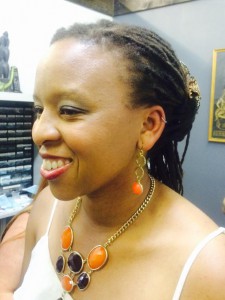 (This is a guest post from my dear friend, Micky Jones. Please read and consider adding these mediations to your Advent.)

Advent is a time when sentimentality and spiritualization reigns. But, in more ancient forms of Christianity, Advent was more a season of penitence, not unlike Lent. Today, that call for repentance includes a call for justice.

This Advent will unfold against the ongoing protests in Ferguson, the results of the Ferguson grand jury report, the ongoing oppression and ending of life by the triple evils of poverty, militarism and racism, and the ceaseless lynching of Christ through black and brown bodies.

The call of the gospel text for the first Sunday of Advent is the same call protesters in Ferguson issued back in August.

For many, Ferguson marked a stark wake-up call. For others, it was the continuation of an ongoing nightmare of trying to maintain human dignity in the shadow of an oppressive dominant culture who clings to power as privilege is confronted like never before.

This year, the call of Advent is not one to quietness and tranquility, rather to call for a season closer to it’s prophetic roots and keeping watch by night. Be it in issuing a call to repentance, or a call not to slumber through the season, or personally exploring the challenge to Stay Woke through a #StayWokeAdvent.

Whatever way Advent speaks to you this year, we would like to invite reflect specifically about themes of keeping awake, impending arrival, darkness, light, and watchful waiting in conjunction with inter-sectional justice issues. While the events of Ferguson spurred this collaboration, we are inspired by the inter-sectional justice displayed by Ferguson October and welcome a variety of visions of justice as part of the conversation.*

Since we are focusing on the Advent season, we invite you to meditate on the Sunday Lectionary passages for each Sunday in Advent and consider writing a meditation or reflection on one of the readings. Our hope is to have a minimum of four different writers reflecting on these texts each week. Our prayer is that our combined voices can help to inject issues of inter-sectional justice into pulpits, gatherings, and personal times of reflection around the country and wherever the internet takes them.

If Lectionary reflections aren’t your thing, we are also looking for art, stories, and poems that align with Advent and Liberation themes. Just reading the texts may bring up a song, inspire a playlist, give birth to visual art or remind you of an art piece. Share whatever you like. If we can get it on the web, we will use it.

We will be curating the conversation at Theology of Ferguson:https://medium.com/theology-of-ferguson and would invite anyone who would like to participate as a syncroblog to post it to their own web presence as well. We ask that you tag your tweets, facebook posts, blog posts, or Tumblr entries with the hashtag #StayWokeAdvent so that we can follow and signal boost each other’s work.

So here’s the basics.

1.If you are interested let us know by signing up here: https://docs.google.com/document/d/1-hfrHb6hlTjaZsiw1fOYnvwjDctPq4FZ1KYXmaJrX0A/edit?usp=sharing

2.Let us know if you blog about it, even if you don’t sign up with us (since we won’t know to boost it). You can also use our syncroblog banner I have attached it to this email.

3. Link back to the original post about #StayWokeAdvent at https://medium.com/stay-woke-advent/its-advent-staywoke-42ba54a97962

4.Tell others – anyone is welcome to participate, of course – it’s the internet!

5. Let us know if you have any questions. This is just the idea of two friends who wanted a way to focus through Advent. Hope it resonates with you too!

*”There is no such thing as a single issue, because we do not lead single issue lives.” – Audre Lorde. While the call to action for #StayWokeAdvent was issued by Michael Brown’s blood seeping into the ground, issues of police brutality, racism and profiling are not the only focus here. We face an interstructured injustices that requires an interstructured analysis in order to defeat oppression anywhere we find it in the world. (So please feel free to write about gender, race, class, sexuality, violence against people or the rest of creation, war, immigration, ageism, ableism, etc.)