In response to the dire realities in Ferguson, Missouri, my friend, Leroy Barber (along with another dear friend, Lisa Sharon Harper) has chosen to give up time and resources to do what so many of us wish we could do; Fly to Ferguson to be fully present.

I met him the night before he left.  I asked him how I could be “with” him in this journey.  I asked, “Is there anything I can do for you while you are gone.”

Leroy’s response, “Can I send you some of my written thoughts… and would you post them online for me?”

I, of course, immediately said “yes.”

Here is Leroy Barber’s second entry.  It is called, 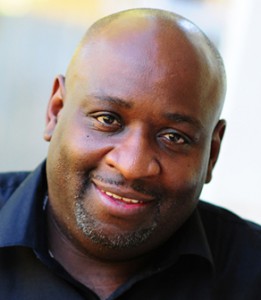 I arrived in Ferguson Wednesday night.

Large numbers of young people. The voice of this protest. March every night.

They want justice but it’s clear they also need mentors and guides along the journey. Their lives and language are not “clean.” Their demeanor is edgy. Their lament is honest. Their goals of justice are honorable.

Since Wednesday night I’ve been considering incarnation: the theological term that describes God becoming man. The first chapter of John’s gospel says that the word became flesh and dwelt among us. What I’m seeing here in Ferguson is a community, engaged together, fighting for justice in the wake of the killing—many say, “murder”—of Mike Brown.

For starters, we must agree that it is not clean. We will need to get our hands dirty as we challenge injustice. Clergy march in circles as teargas hangs in the air. If a protestor stops for too long police will insist that they move along, like animals. State Senators are being denied entrance into public buildings. The struggle for justice is quite ugly at times. Here in Ferguson it’s been downright messy.

Those engaged in this struggle protest not only the darkness of Ferguson, Missouri; voices are calling out across the country, anywhere a black man is treated as less than human.

One month ago, who would have thought that from the small community of Ferguson we would hear the cry for freedom ringing throughout the world today? Who would have believed that two weeks after teargas and inhumane police brutality this community would still be marching?

In Ferguson, in your community, who is representing light?