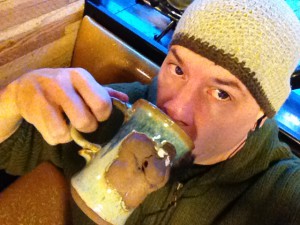 Well, it is another monday morning.  I am back at my favorite table in my local bagel shop. I have my coffee in my grumpy-man-face mug. I am sitting on my sparkly gold, 50’s style vinyl booth.

It is a cold morning here in Portland. Walking here, I found myself noticing all the warm houses. Most had only one or two lights aglow in this hour before daylight.  Then I thought of all the people who don’t have a warm house to sleep in.

A fellow parent once mentioned to me in passing in the school yard that fifteen percent of the students at my sons’ school come from “homeless families.”

Last evening we started our family Advent meditations.  We sat together in a circle as a family, along with some of our close friends, in front of the fireplace and talked about Jesus. Among other discussions, my wife read this passage to center our remembering:

He will not judge by what he sees with his eyes,
or decide by what he hears with his ears;
but with righteousness he will judge the needy,
with justice he will give decisions for the poor of the earth.
He will strike the earth with the rod of his mouth;
with the breath of his lips he will slay the wicked.
Righteousness will be his belt
and faithfulness the sash around his waist.

The theme of the first week of Advent is “hope” (that is at least one of the potential themes, depending upon your tradition.)  It gives me tremendous hope to remember the characters our spiritual fathers and mothers chose to include in the Advent story. 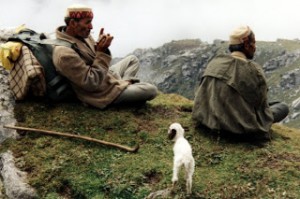 It is important for me to keep in mind that there were probably hundreds of characters that those early leaders of the Jesus-way could have written into the story (remember the story spans three years), but they chose to include just a handful.

They included the shepherds, who were a marginalized population. They were not considered full citizens (or maybe even fully human.) They were not allowed to give testimony in court (interesting choice of “witnesses”.)  They had a 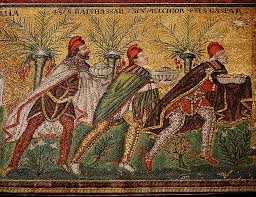 social status that was probably roughly equivalent to my “outside-dwelling neighbors”.

They included the Magi. They were foreigners.  They were border crossers. They spoke with strange accents. They lived by different customs.  They had vastly divergent religious beliefs. And yet, God initiated with them.

If those aren’t windows of hope for our world that is being ripped apart than I don’t know what is.