February 9, 2015 marks the completion of three years of silence since Uncle Richard passed away.  On this anniversary we remember, we mourn and we celebrate a great man, husband, father, uncle, brother, citizen of planet earth and friend to all peoples.  I first published this video on his the 2 year anniversary of his death.

I miss you, Uncle Richard. 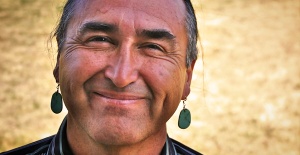