I recently wrote an article for Christianity Today/Leadership Journal called, “Why I gave back my assurance of salvation.”

One the ideas that I pondered there was placing my hope in the idea that at the end of days, God will be just.  God will do the just thing.  It was a statement of hope, in light of the diverse breadth of humanity, in God’s justice.

This appeal to justice results in two very divergent responses.  And I wonder why that is so.  It seems that the Christian world (even the evangelical world) is divided into two camps in regards to God’s justice and an appeal to God as just. 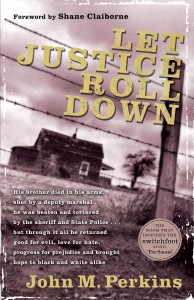 On that other side, there is a claim of great hope to be found in God’s justice.  Dr. John Perkins wrote books with titles like:  “Let Justice Roll Down” and “With Justice for All”.  Evangelical pastor and founder of the Justice Conference, Ken Wytsma, just published a book called, “Pursuing Justice.”

How is it that the people of Jesus can have such different responses to this foundational quality of God: one to skip over and even pray against (“God give us mercy and not justice”) and one to beg God for it (“Let Justice Roll Down”)?

Of course, the answer is found, in part, in the paradox of God.  The radical and eternal tension between God’s justice and God’s mercy (both held simultaneously in eternal and perfect measure.)

But to my friends who were raised to distrust justice in favor or mercy, those who also nod wholeheartedly at the previous paragraph (believe in mercy and justice simultaneously), I have a humble suggestion:  Marinate in the hope of God’s justice anew.

In light of our programming to quickly jump off the justice-train, I believe that our hope may need to be recalibrated, both for ourselves and for out neighbors (across the street and across the world.)  Marinate in the hope of God’s justice.

I was encouraged this week by a request for an interview by Pittsburgh radio hosts, John 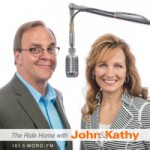 and Kathy.  They wanted to talk to me about my “assurance of salvation” article.  These two, by all accounts conservative and evangelical radio personalities had both found inspiration in the hope of God’s justice.

My God have justice on us all.